Many years ago, Evard came to Duponde to destroy his rival Vontarin, a powerful wizard who lived in a manor at the edge of town. The two mages met near the walls of the abbey of St. Avarthil and dueled eard night long with black spells, laying the old monastery in ruins with their magic.

Vontarin was never seen again. Weary from travel, the adventurers pass the night in the town of Duponde.

They meet a few fellow travelers, including the wizard Nathaire, who tells them the story of Evard. Later that night, the characters are awakened when Duponde and its surroundings are suddenly shifted into the Shadowfell.

Gargoyles adorning the inn come to life and attack. The adventurers explore the town and discover that Duponde is no longer in the world. The characters face a choice: Follow Remy or clear out the armory so the guards can arm themselves.

Characters continue with the choice they made in Session 2. If they pursued Remy, they catch up to their quarry in the woods outside town. 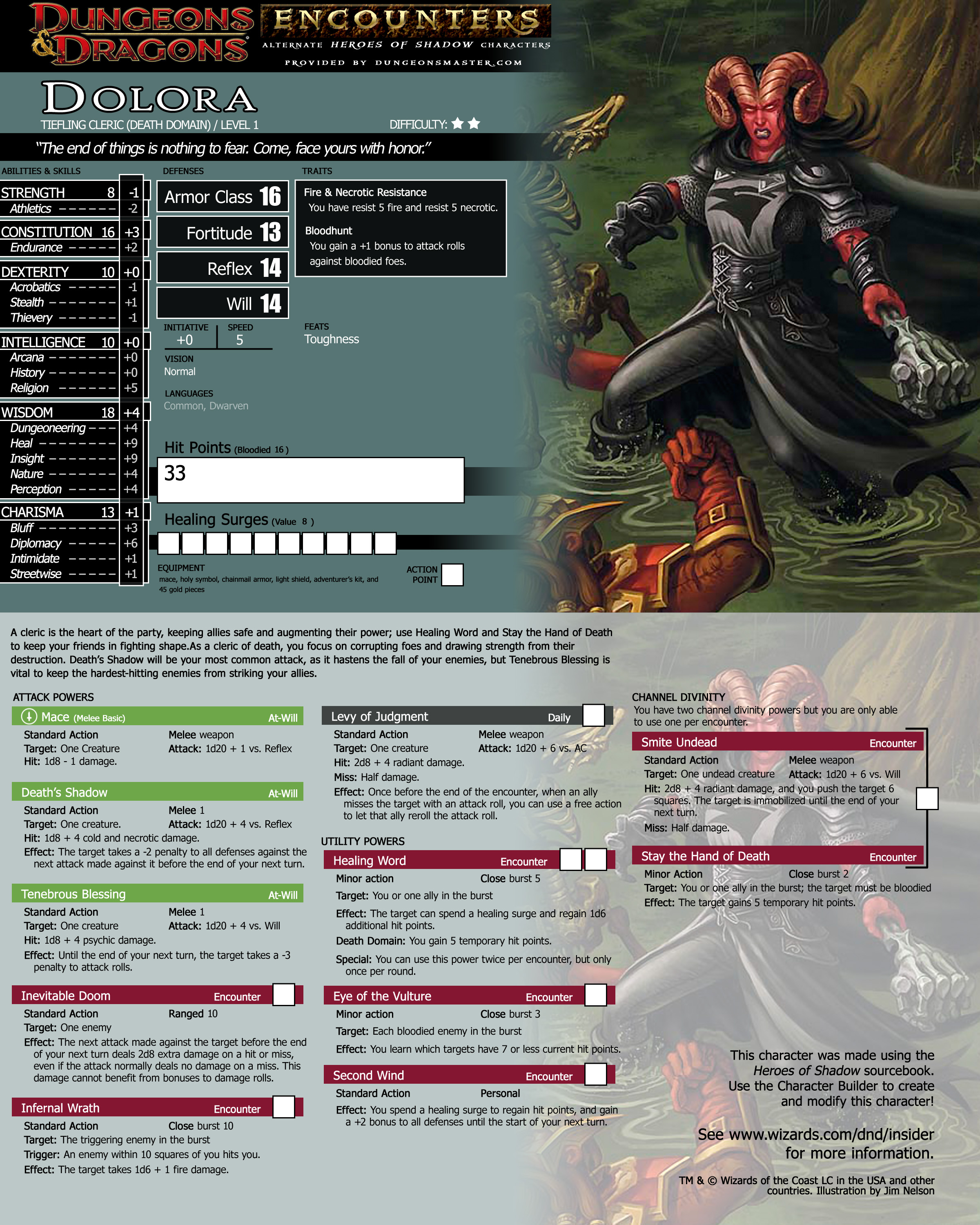 A Vistani boy comes to the characters and leads them to the home of the seer Mother Grivelda, who explains that Duponde now suffers under a powerful curse. While the dar are visiting the wise woman, a pack of wolves attacks.

They find that the forgotten manse is now home to a band of tieflings who welcome no guests. The explorers learn that Nathaire came to the manse but found little. At sundown, Duponde again slips into the shadows, and the monsters threatening the town return. Before the adventurers can egard their search for Nathaire, they have to defend the town once more.

They must decide where they can do the most good. He animates a wave of undead attackers and sends them against the town.

The characters must defend Duponde against a force of skeletons. These undead came from the crypts of the ruined Saint Avarthil Monastery. Characters finish their search of the abbey, ov they corner Nathaire in the library. They battle Nathaire and the creatures serving him.

The curse remains unbroken, however. The adventurers shatter it, but a ghostly remnant of Vontarin appears and fights furiously against being laid to rest.

The mage rests again, and the town returns to the world for good. Sections of this page. Join or Log Into Facebook. Legcy 4, at 8: